Sneakers were born in the 1800s. But, they were not really known as sneakers at all back then. In fact, there were no real sneaker companies in existence. However, an invention in 1839 transformed the shoe industry forever...

Who Invented the Sneaker?

A combination of names are responsible for the creation of the sneaker. Charles Goodyear invented vulcanised rubber in 1839. It was not until decades later that this technological advancement was applied to shoes. Known as plimsolls then, they were not the most comfortable of footwear but they were popular during the late 1800s. Towards the end of the 19th century, the US Rubber Company crafted a canvas-topped, rubber sole shoe which is regarded as one of the first sneakers to be mass produced.

Come the turn of the 20th century, a number of notable brands emerged with a sneaker offering. This featured Gola in 1905, Mizuno and New Balance in 1906, and Converse in 1908 amongst others. These formed the basis of a number of brands that we know and love today.

You can explore a complete history of sneakers here on our blog where you will learn even more about their origins, transformation over time, and how they became the must-have footwear.

Unlike the sneakers of old, Giesswein shoes are crafted with comfort and sustainability in mind. We supply a range of shoes spanning from everyday wear to running. Merino wool is an essential element of our sneakers meaning feet will be kept cool in summer and warm in winter, neutralizes odor, and their super soft interior allows you to ditch the sock too! 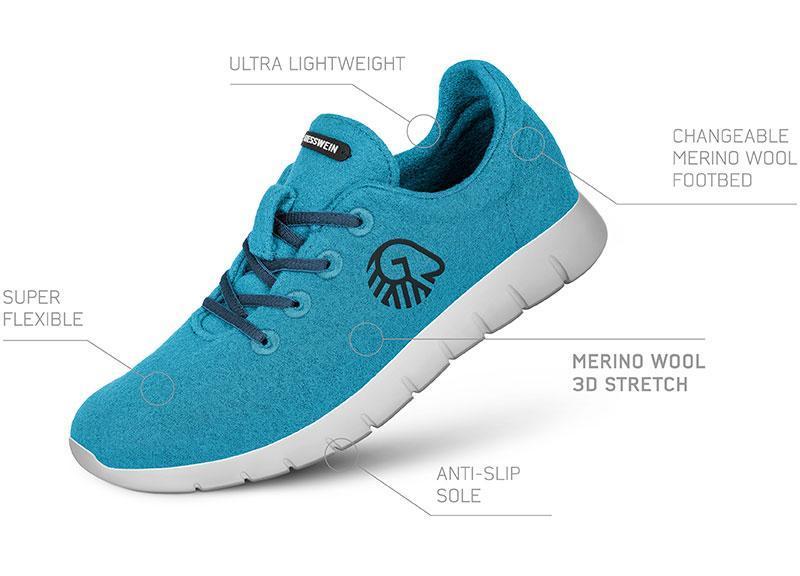 A family founded company run by third generation Giessweins - after all, it is our namesake. We’ve been around wool since childhood and it is our mission to create special products that the world will adore. With our expert merino wool knowledge, we’ve become Europe's largest producer of 100% virgin wool clothing which spans footwear, clothing, and more for men, women, and children.